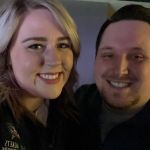 Well for starters I come from a family where I am the only child.

I graduated from Northwood High School in Northwood, Ohio in 2012. I graduated from THE Bowling Green State University in May of 2016 with a degree in Telecommunications and a focus on radio. While in school I was a part of the Bowling Green Radio Sports Organization and did play-by-play for multiple BGSU Teams. I was lucky enough to broadcast from Quicken Loans Arena for the Semi-Finals of the MAC Men's Basketball Tournament, and I got to be a sideline reporter for the MAC Title game in Football at Ford Field in 2015.

As amazing as those experiences have been I've been fortunate to have two summers broadcasting baseball. The summer of 2015 I was in Xenia, Ohio, and the summer of 2016 I was in Chugiak, Alaska! Spending two months in Alaska was some of the best days I've ever had in my life. Each of those summers helped shape me in ways that probably couldn't and wouldn't have happened otherwise.

Sports and Pop Culture are where I get my main thrills on a day-to-day basis. My teams are the Tigers, Magic, Browns, BGSU Falcons, and the Ohio State Buckeyes.

My music fix is mostly rap with rock every now and then. Anyone who talks to me for longer than five minutes knows that I am about as big a fan of Kanye West as you'll meet. Jon Bellion is pretty awesome too.

You can catch me on-the-air in some different ways throughout the week!

Monday-Friday: Doing News & Sports reports with Keith and Dawn at 6:30, 7:30, 8:30, & 9:30 (just news at 9:30)
Wednesdays: Hosting the NWO Orthopedics Sports Huddle live from the Fricker's Studios from 6-7:30 (both stations, football through basketball).
Fridays: Doing play-by-play for our BVC game of the week during football and basketball season.

You might also see me from time-to-time running audio for the Cedar Creek Campus in Findlay! Services are at 5:00 on Saturdays and on Sundays at 9 and 11.

Jay's been Rockin' and Rollin' for decades, beginning as a bass player in San Francisco Bay Area bands. His radio career begin at a small station in Modesto, and after four years moving around Central California, he wound up playing the hits in Los Angeles for over 28 years. A lifelong lover of Golden retrievers, he acquired a tolerance for miniature Schnauzers thanks to his wife Janet who’s been afflicted with Schnauzer-itis since her childhood on Long Island. Jay is dedicated to making radio fun and informative for his listeners. 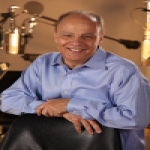 John’s 30+ year radio career has taken him all across the country. His love of music from the player’s perspective has done the same: Lots of traveling as the guitarist in his own rock band! He’s also worked as a session musician for other great artists. When John’s not rockin’ on stage or entertaining us on the radio, he’s hitting the hills off-road on his mountain bike or motorcycle, or he’s buried in his music room going through his huge collection of LPs. He also loves a great novel and never misses the latest block-buster movie.

Joyce landed her first radio job while working at a pizza parlor. She and her twin teenage daughters have three dogs, three cats, two leopard geckos, a chinchilla and a fish. Joyce loves studying clouds and "weather watching." She also sings and pulls out her guitar to entertain friends now and then. By the way, she still loves pizza.

Keith grew up in New England, but escaped the cold to graduate from Arizona State where he started his radio career. When he's not on the radio, he's a true soccer dad with two daughters (one a teenager so wish him luck). Keith loves classic TV, especially Seinfeld and MASH. He likes to work out, read on his Kindle, and watch the latest trends on social media. First album he ever bought? "Band On The Run" by Paul McCartney and Wings. He still has it and is excited because vinyl is cool again.

Jay has enjoyed playing the hits for four decades! He’s so driven by music and Rock & Roll history that he loves playing music trivia with anyone willing to take on the challenge (Hint: He knows his stuff!). Married for 34 years, Jay and his lovely bride Regina have now seen their children go on to very successful careers themselves. A volunteer with the fire department and rabid baseball fan, Jay’s secret goal in life is to visit every ballpark in America to rate how nice the parking lots are.

(Morning Show from 6-10 when Keith and Dawn are off)